Flaxseed Oil Benefits: 5 Reasons To Use It 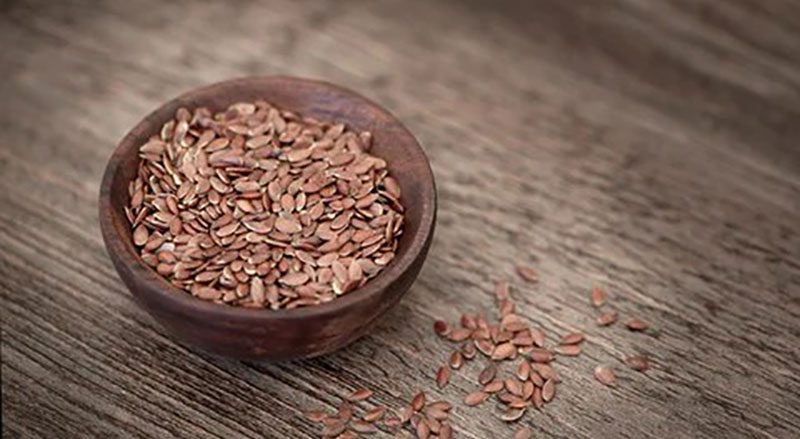 For centuries, humans have been using flaxseed oil to unlock a wide range of health benefits. Yes, flax seeds boast many nutrients, including fiber, protein, and omega-3 fatty acids. But flaxseed oil concentrates beneficial compounds in an easy-to-absorb form.

Thanks to its versatility, adding flaxseed oil to your diet can be a great way to get these nutrients on a daily basis. Research suggests that doing that will help you unlock the following five flaxseed oil benefits.

Flaxseed oil contains omega-3 fatty acids, which help your body in a number of ways. Undoubtedly, one of the most important of these is improved heart health.

Remember: heart attack and stroke are two of the leading causes of death in the world. With the help of the omega-3 fatty acids in flax oil, you may be able to greatly reduce your risk of encountering one of those major killers.

That’s not the only way omega-3 fatty acids can protect your heart, though. They also decrease triglycerides, a type of fat in your blood. Having high triglycerides can promote hardening in your arteries, which in turn promotes heart attack, stroke and heart disease. (2)

Flaxseed oil is a great way to incorporate omega-3 fatty acids into your diet if you’re vegan or don’t eat a lot of fish for some other reason. 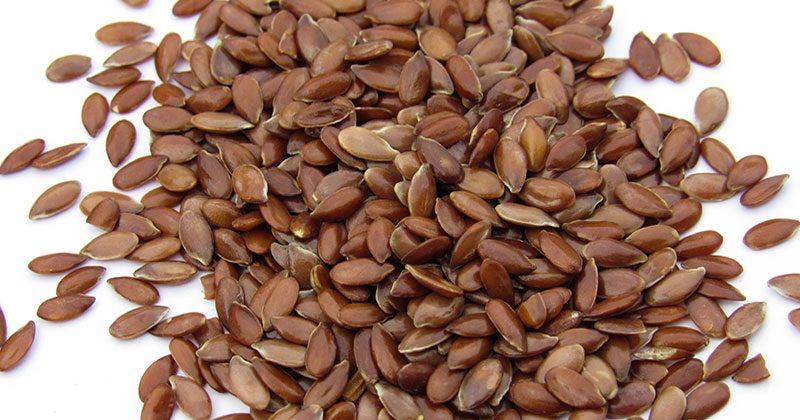 In one study from 2015, researchers gave mice 0.3 ml of flaxseed oil for 40 days to test its effect on cancer and lung tumors. They found that the oil significantly controlled the cancer’s spread. (4)

In another study, this one from 2011, researchers found that flaxseed oil blocks colon cancer formation in rats. (5)

In other studies, researchers have exposed human cancer tissue in test tubes to flaxseed oil. They found that this significantly reduces breast cancer growth. (6)

It’s important to note that researchers have not looked into how flaxseed oil consumed orally might affect cancer growth. In other words, there’s no guarantee that taking it will reduce your risk of cancer. However, these results are very promising and signal the need for more research.

Some research suggests that the omega-3 fatty acid content in flax oil may reduce inflammation among those with specific conditions like obesity.

In one study, researchers observed flaxseed oil significantly reducing the levels of C-reactive protein, which is a market for measuring inflammation, in obese individuals. (7)

In a study on animals, researchers found that flaxseed oil may reduce inflammation overall in the body. And this good news translates into the human body. (8)

However, in another review, researchers found no evidence to suggest that flaxseed oil reduces inflammation among the general population, only those with obesity.

4 – Relief from Constipation and Diarrhea 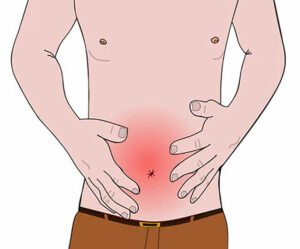 During an animal study from 2015, researchers tested flaxseed oil on mice to see if it contained any potential anti-constipation or anti-diarrhea properties. They found that while flax oil promoted regular bowel movements, it also prevented diarrhea – the perfect blend! (9)

During another study, researchers tested this on 50 human patients with constipation. In addition to flax oil, they tested olive oil and mineral oil. Four weeks later, they found that flaxseed oil reduced constipation symptoms and was as effective as mineral oil and olive oil. (10)

Another study tested flaxseed on mice with dermatitis. Over the course of three weeks, they found that flaxseed oil reduced atopic dermatitis symptoms, including itching, redness and swelling. (13)

Not All Flaxseed Is The Same

As with any health product, not all flaxseed products are made to the same level of quality. When looking for flaxseed oil, it’s important to look for an oil that hasn’t come into contact with harmful pesticide residues. You’ll also want an oil that manufacturers haven’t subjected to high-pressure or high-heat. 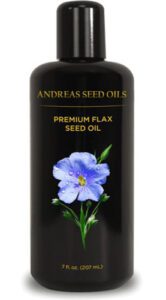 On that last note, the high-pressure, high-heat treatment that most commercial flax oils go through destroys the nutritional value of the oils. This will also cause the oils to become rancid very quickly. In some cases, the oil will become rancid before you even open it.

The alternative? A truly cold pressed flaxseed oil, such as the kind produced by Andreas Seed Oils, which you can find in The David Wolfe Shop.

The post Flaxseed Oil Benefits: 5 Reasons To Use It appeared first on David Avocado Wolfe.