Non-Conformity is Now Considered a Mental Illness Because of THIS Sad Reason!

Did you know that if Einstein were alive today, he’d probably have been diagnosed with not only Asperger’s Syndrome (something many brilliant people have) but opposition defiant disorder as well?

At least that’s what many people, including biographer Ronald Clark seem to propose. In his book Einstein: The Life and Times, Clark argues that Einstein’s infamous early difficulty with integrating into the educational system was largely due to his hatred of authority, a characteristic common in those with ODD. Basically, he practiced non-conformity.

*Not actual footage of Einstein.

Einstein ignored his teachers, failed several college entrance exams, and couldn’t hold down a job. Clark’s biography on Einstein mentions that he once remarked:

“The teachers in the elementary school appeared to me like sergeants and in the gymnasium the teachers were like lieutenants.”

When he eventually did make it into college, one of his professors told him:

“You have one fault; one can’t tell you anything.”

But is it a coincidence that the quintessential brilliant mind was probably diagnosable with a whole host of mental “disorders” by today’s standards?

We look at things like ADHD (which Einstein is also purported to have had) and ODD – which 1-16% of American children have – as mental illnesses. But these definitions did not exist up until recently.

Are we living in an age of excessive diagnoses?

It seems like we are constantly coming up with new categories for various behaviors. I can’t tell you how many mental illnesses I’ve described to my parents, to which they would remark:

“What? I didn’t know that was an issue. I knew so many people like that growing up.”

It’s not my place to say that people should suck it up and power through life. If one feels something is not working and solutions that have been proven to relieve the burden exist, then by all means, take the help and the diagnoses if it’s relevant.

But too often I feel these diagnoses become a box that we place children (and adults) in. When I was in elementary school, I remember when a lot of people around me began getting receiving diagnoses of ADHD. Even at that young age, I looked at people differently if they told me they had been diagnosed with it. And now there’s ODD.

Do we really want to diagnose and medicate everyone who practices non-conformity? 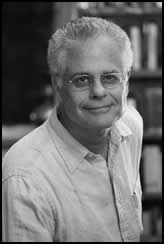 Yes, having those characteristics may very well present a whole host of challenges for an individual – and those around them. But can you imagine a world where people like Einstein didn’t exist? How different would our understanding of life, physics and the universe be?

If we medicate people for displaying an “ongoing pattern of disobedient, hostile and defiant behavior,” as per the DSM-IV definition of ODD, what will we really have accomplished?

It’s unfortunate, especially when you consider that the motivation behind such things can arguably be linked to the pharmaceutical industry. Even well-meaning doctors prescribe medications that cost a fortune and put billions of dollars into the pockets of executives while patients, in many ways, feel like there’s something inherently wrong with them that needs to be fixed.

I’ll leave you with a quote I find to be very interesting from Jiddu Krishnamurti.

“It is no measure of health to be well adjusted to a profoundly sick society.”

What if we put more focus into embracing the drastic differences some people have mentally and helping them not necessarily blend into society, but integrate in a positive way, like someone such as Albert Einstein did?

It seems our society will forever force the populace to give up non-conformity and act like everyone else.

And that is why I suspect ODD is now a stigmatized disorder — not because we want to help people live functional lives, but because conformity is what makes corporations rich and governments powerful. When we marginalize a section of society, we make it difficult for people to lead the productive, powerful, status-quo challenging lives they are capable of living.

The post Non-Conformity is Now Considered a Mental Illness Because of THIS Sad Reason! appeared first on DavidWolfe.com.