People With Anxiety Also Have These 3 SUPERPOWERS! 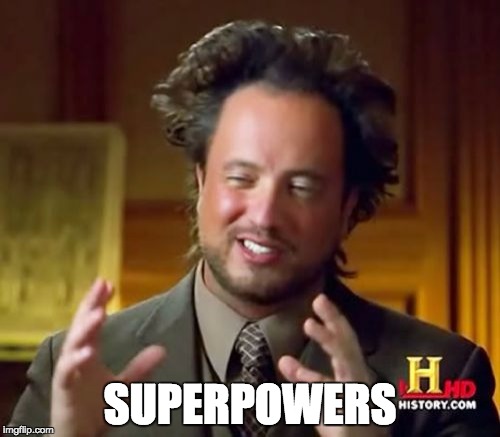 We often look at high anxiety as a dreadful disorder that makes one’s life miserable and accomplishes very little in the way of positivity.

But what if we instead looked at anxiety as a sort of superpower?

We’ve written in the past about anxious individuals’ increased empathic abilities. But what other evidence is there to support the notion that anxiety brings immense superpowers? Let’s take a look.

A study published in the Israel Journal of Psychiatry and Related Sciences found that people who deal with high anxiety have an increased sensitivity to the emotions of those around them. Increased sensitivity to others’ emotions can come with a variety of benefits, such as being a more supportive friend or effectively reading the tone of a social gathering and acting accordingly – both social skills that are incredibly useful for functioning in society and may be difficult for less socially-anxious individuals to acquire.

Further research on the subject of highly anxious individuals also uncovered that a mind which is constantly ‘worrying and ruminating’ tends to rank much higher on intelligence scales such as the IQ test.

Dr. Jeremy Coplan, who was involved in a study on anxious individuals at the SUNY Downstate Medical Center in New York, said:

“While excessive worry is generally seen as a negative trait and high intelligence as a positive one, worry may cause our species to avoid dangerous situations, regardless of how remote a possibility may be.”

That likely hits home with you if high anxiety is something you deal with. I know it resonates with me; I worry so excessively about dangerous situations that I tend to be extra safe. Yeah, it means I’m a bit paranoid at times but it also means I avoid dangerous outcomes with ease.

A study published in the European Journal of Psychology found that those with high anxiety were quicker to not only detect danger but also quick to respond to it.

“People who score high on attachment anxiety quickly detect the presence of threat and then alert other group members to the danger and the need for protection.

Supporting this line of reasoning, we found that participants high in attachment anxiety were less willing to be delayed on their way to deliver a warning message.”

So, not only are anxious people able to keep themselves safe – they help others as well.

Like all superheroes, people with anxiety have to come to grips with their powers.

In any superhero’s story, you’ll find instances where they outright wish they didn’t have their powers. That’s because even superpowers can make life miserable sometimes. Anxiety is no different. But, as with all superheroes, the aim is to find balance. And don’t think for a moment it’s not possible; it totally is. This post is a good place to start.

The post People With Anxiety Also Have These 3 SUPERPOWERS! appeared first on DavidWolfe.com.