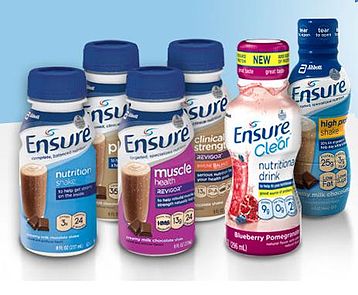 Carrol Krause was a reporter for the Herald-Times in Bloomington, Indiana. Her career was cut short in 2014 when she was diagnosed with ovarian cancer in 2014.

During her last days, Carrol put together a blog documenting the ups and downs of life as a terminally ill cancer patient. Eventually, as all cancer patients do, Carrol reached a point where she began to have digestive issues and could not stomach normal food. As her blog post ‘Food? Or Vile Glop?’ makes clear, she was absolutely disgusted by the meal replacements that were provided to her.

Hospice had the very best of intentions, and I am grateful for their concern. Although I do not wish to malign them in any way, the stuff they sent over was not real FOOD. In fact, I’m outraged at the idea that they feed this stuff to dying people.

The meal replacements consisted of Ensure products such as pudding, shakes and an apple juice imitator. All three of those, despite being very popular in hospices and hospitals, are actually terrible for you, as Carrol was quick to figure out based on the ingredients.

The Truth Behind Ensure

Ensure is marketed by parent company Abbott Nutrition as a ‘healthy drink for adults.’ They market themselves so well, in fact, that their name is unmistakably tied to the concept of ‘healthy food’ for those who aren’t able to keep actual food down.

But really, what people who consume Ensure are getting is a product that is filled with chemicals, preservatives and chemicals, produced by a major supporter of the pro-GMO Grocery Manufacturers Association. To date, Abbott Nutrition has spent nearly a million dollars to fight GMO labelling in the U.S.

Given that history, is that the sort of company whose products you want to be giving sick loved ones? 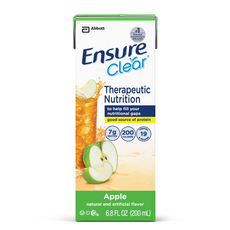 Don’t let the apple on the front of the box fool you – there’s no apple in this juice. The ingredients confirm this, instead revealing that the concoction contains the following ingredients.

Corn syrup solids, which are made using dehydrated corn syrup, which is invariably made from GMO corn. This corn has been linked to diabetes and cancer.

Ensure’s Clear™ Therapeutic Nutrition drink also contains cupric sulfate, which is a toxic pesticide that is dangerous to the environment. Its effects range from itching and eczema in lower doses to nausea, diarrhea, vomiting, headache and brain, stomach, liver or kidney damage at higher doses.

Chromium chloride is also contained in the drink and it is a toxic chemical that affects the reproductive system and stomach.

The drink does include some vitamins. The only problem is that these vitamins are synthetic, not the natural variety you’d find from healthy, natural food sources.

These vitamins, in contrast, are made using chemicals. As the Organic Consumers Association explains, the body does not absorb these vitamins the same way it would actual vitamins.

What Carrol Had To Say

Soup is good food. Pudding can be good food too, if it has real milk and egg in it… But this swill (I don’t know what other word to call it) from Hospice is completely vile. It’s not real food, only a collection of starches, sugars, artificial flavors and nutritional powders all mixed into water.

I wouldn’t feed this stuff to a dying animal, let alone a dying human being. If you agree, let the hospital management know. Or snipe at them via social media until they begin to pay attention. I think it’s time for a food fight!

We Need To Do Better When It Comes To Healthcare Food

Of course, it’s likely that none of this is much of a surprise to you if you’ve ever been in a hospital. The food options are anything but nutritious and, as Kevin Buijs wrote on Facebook, the situation is a bit more dire than you might think.

People across the country are upset about what healthcare professionals are feeding those who come to them for help. It’s almost as if you go in with the idea of solving one problem, only to come out with a whole host of other diet-related ones.