Our Dreams, Nightmares and Future with Alpacas! 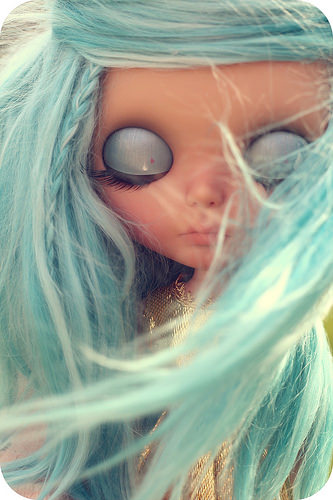 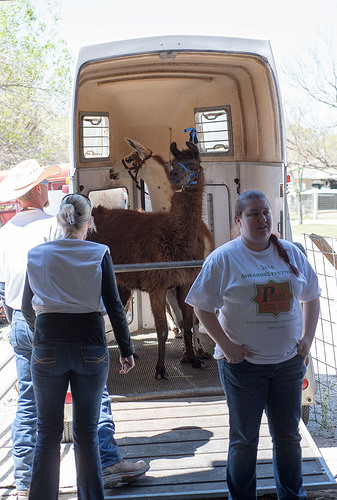 Desert Journey – a return to yesteryear!

Deserts are arid locations, generally getting significantly less than ten inches of precipitation a year.  Another somewhat less known definition is that they are locations where the probable evaporation loss is two times as great as the amount of  precipitation. By the way, that means really hot and sunny places.

And yes, I grew up in one, in the Mojave desert just north of the mountains that surround Los Angeles. As a kid that loved to be outdoors it was magical.  It was also long enough ago that we could do things as kids that parents would never allow their kids to do today.  If they did, they would have to give up their kids to social services.  And yet we survived, and I think even thrived.

Here is just one little glimpse of what we were allowed to do that parents would be “put away for” today!  At 10-12 years old we would leave our homes in the morning in the summer on our sting-ray bikes and we would ride many, many miles out into the desert for a day of fun to come home just before the sun went down – 12-14 hours later! Could your kids to that today?
So maybe that is why I am enthralled by and own a whole bunch of alpacas today?  It is the lure back to the desert.  Going back to my youth.  Oh well, how about we learn a little about the homeland of our amazing long-necked friends.

The world’s deserts are divided into four classes. Subtropical deserts which are the hottest, with parched terrain and swift evaporation. Even though near coastal deserts are positioned within just the similar latitudes as subtropical deserts, the normal temperature is substantially cooler mainly because of frigid offshore ocean currents. Cold winter deserts are marked by stark temperature variances from season to season, ranging from 100° F (38° C) in the summertime to 10° F (–12° C) in the winter season. Polar Regions are also regarded to be deserts since just about all humidity in these spots is locked up in the kind of ice.OK, What Does That Have to Do with Alpacas?

The Atacama Desert, in the north of Chile, is the driest place on earth. It stretches from the highlands of the Andean Altiplano  as far as the shores of the Pacific Ocean. 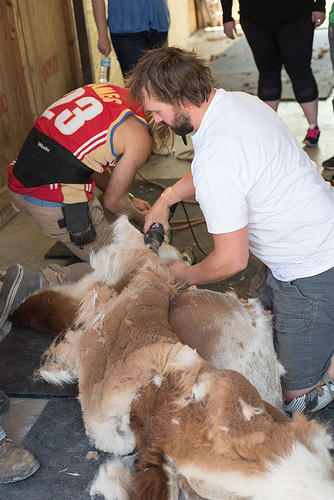 This is the spot for people in search of adventure with its spectacular salt flats, geysers and Andean volcanos.

The desert is so remarkable that, at initial viewing, it appears by no means to have sustained any living things. Even so, pink flamingoes huddle with each other, with Alpacas, Llamas and Vicunas. There are also quite a few other species of fauna and flora can be observed living in great harmony in the lots of oases and lakes situated in this magnificent place. Imagine it, alpacas in small herds, like gazelles in Africa, for as far as the eye can see!

Traveling north, watch for the Atacama Salar, with its 300.000 hectares of territory, and the oasis-city of San Pedro de Atacama, which is the vacation headquarters of the Chilean north, owing to its natural miracles. The Moon Valley, with its geological rock formations, the geysers of Tatio, altiplanic valleys and lakes (at 4.000 meters of altitude), canyons and the historic cities like Toconao that has all the homes constructed out of the regional linarite stone. On the way is the amazing Atacama Salt Lake, which is more than 1,000 kilometers in length.

Not far from the Atacama Salt Lake is an archeological museum that was built by a Belgian priest, who gathered a lot of ancient vessels such as pottery and mummies, which are modern witnesses to the historical record of this ancient area.This is a museum which record man’s existence over the last 10,000 years. Also, this is and area of  sea and extended sandy beaches, relaxation and amusement in casinos, restaurants and motels, and more important than anything the friendly hospitality of the Chilean men and women.

The climate is wonderful in the course of the year. For the duration of winter season (June, July and August) the typical daytime temperature varies among 9ºC (48ºF) and 24ºC (75ºF) times are incredibly pleasant, inviting you to lay in the sun’s corridors. In summer (January, February and March) the regular daytime temperature fluctuates amongst 13ºC (55ºF) and 25ºC (77ºF), reaching maximums of 32ºC (90ºF): a warmer climate inviting you to a good “siesta” right before the evening explorations start off. Amongst January and March, the so identified as Altiplanic Wintertime comes with occasional showers.

The Mountain Sky Journey – Could it be Yours?

This is truly the place that I imagine when I think about the birthplace of the ancestors of the almost 200 alpacas that we have here at Mountain Sky Ranch.  We have been on an almost nine year hard working adventure with these magnificent animals.  We have spent many hundreds of thousands of dollars pursuing the dream that we have to help move this species of camelids towards a sustainable future here in the United States.

We had a dream to have one of the premier elite breeding operations in the country and maybe the world.  We hold on to this dream. Yes, we do!

Is it crazy?  Maybe?  We have withstood bankruptcy, huge price value reductions of our animals, unexplained and unresolved animal health issues, and on and on.

But, we think we have built something of value.  We own a National Halter Champion and World Fleece Champion, who has better fleece at six years old than he had as a cria (Snowmass Matrix Belvedere), two Futurity Champion boys who are already producing offspring better than themselves.  We have many “Legacy” moms who are truly super studettes. We have a beautiful place to raise alpacas.  Many have called our ranch as close as you can get to the Peruvian homeland in the US.

But, we are at the end of our financial rope! We do not want to quit, like many are doing.

However, we are not able to reach our dream without financial help.    We need a financial or operating partner.  Could it be you?

There is a great financial upside here.  We just do not have the resources to reach it. This could be a home-run opportunity for you as a lifestyle enhancement or change.  If there is any intrigue with this opportunity. please reach out to us. We should talk. There is no risk in conversation.

There are 70 youngsters coming this year.  There are many champions in their mother’s wombs.  We know it.  maybe you might come along and have some fun with this incredible breed.

Click the button below and lets set up a time to talk!

Come On Talk With Us! This Could be Your Dream!