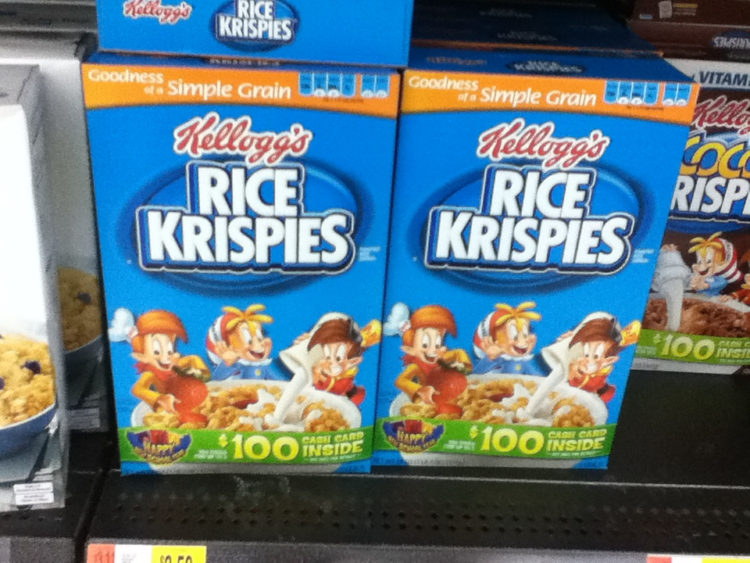 Although there are strictly imposed limits on the amount of arsenic allowed in water, no such limits exist for food.

And that’s alarming, since a single serving of some rice cereals can give the average adult 1.5 times the amount of inorganic arsenic found in drinking water.

While most foods contain some amount of naturally occurring arsenic, some cereals have been found to contain at least five times as much inorganic arsenic as foods like oatmeal.

This alarming data was uncovered by Consumer Reports, which conducted a study on the levels of arsenic in various foods.

“Arsenic not only is a potent human carcinogen, but it also can set up children for other health problems in later life,” CR’s report reads.

Kelloggs’ Rice Krispies was one of the worst offenders, with an arsenic level of 188 ppb, far above the proposed limits.

The study also found that white rice grown in Arkansas, Louisiana, Missouri and Texas, which accounts for 76% of all American-grown rice, contains a higher level of inorganic arsenic than rice from elsewhere.

So what’s the big deal?

The WHO confirms that inorganic arsenic is highly toxic and that its presence in food poses the largest threat to public health from arsenic.

Long-term exposure to too much arsenic can cause cancer, skin lesions, developmental effects, cardiovascular disease, neurotoxicity and diabetes.

And what’s “too much” arsenic? A lot less than you’d probably think, and certainly a lot less than the FDA’s limits for water suggest.

Past research has shown that exposure to arsenic at levels the EPA considers safe are actually incredibly harmful and can cause increased cancer risk. Even standards set by the European Union are too low, according to Professor Andrew Mehang at Queen’s University in Belfast.

Mehang says these standards are set with more focus on not disrupting the rice trade than on reducing the risk to human health, and particularly babies, who consume a higher amount of rice food, and face even greater risks as a result of high arsenic exposure than adults.

To make matters worse for infants, Nestle and Mead Johnson Nutrition recently dismissed requests to remove GMOs from their infant formula products sold in the U.S. This, in combination with the high arsenic level many of these rice-based products contain, raises serious questions about the long-term risks being posed to infants through their diet.

You can see all the data from Consumer Reports here: 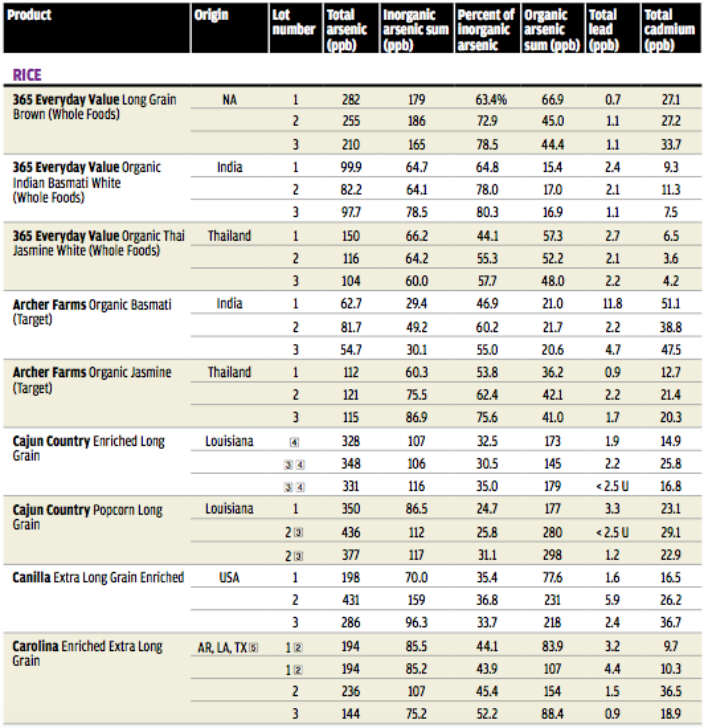 You might be surprised to learn about how many carcinogens are in consumer products. Learn more in the video below.

The post Warning: Arsenic Found In These Common Cereals appeared first on DavidWolfe.com.